UDI U818A is easy to fly for both beginners and professional pilots. Equipped with 6-axis gyro stabilization and a standard definition, it could serve as the perfect introduction to the RC quadcopter hobby for a young learner. Little or no assembly is required because it comes in a ready-to-fly package which consists of the quadcopter, a 2.4 GHz remote controller, 2 GB microSD card, 3.7V 500mAh battery, and a battery charger. This quadcopter can be used to learn how to do the 3D flight and also perform pre-programmed 360 inverted flight. Here is a detailed UDI U818A review for those who will like to know why this quadcopter is still one of the top-rated quadcopters nearly two years after it was released by UDI. 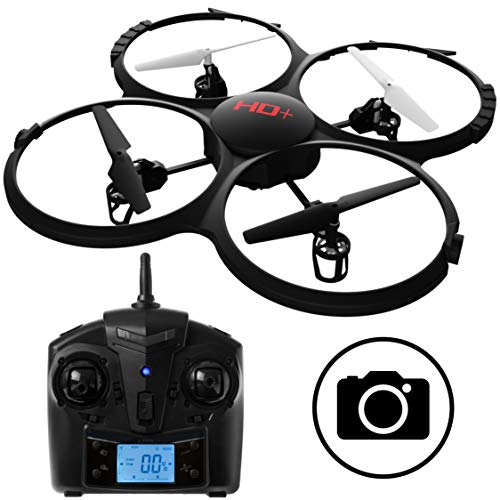 A modular design has been used for this drone so it is easy to repair. The exterior of this quadcopter is made of plastic but it is very durable. The prop guards that come with this drone provide adequate protection when you fly this aircraft into trees, roofs, walls, and hard floors. For good visibility, there are LED lights above and below the quadcopter. The lights on top can be flipped on and off with the controller but the lights underneath always remain on. Also, the propeller blades in front have a white color while the ones at the back are black to help you discover the orientation of the quadcopter when it is at a very high altitude. However, due to the lightweight of this drone (just a little over 2 pounds), it is advisable to do most of your flying indoors and then move out when the air is absolutely still. Flying in the wind can easily cause your drone to lose sync with the controller and get blown away.

With the aid of 6-axis gyroscopic stabilization, this quadcopter offers relatively stable flight. The most recent version of this quadcopter offers much better stability but it requires continuous adjustment to achieve hovering. This version also allows you to set up the camera for the first-person view on your Wifi mobile device. By pressing a button on the top left section of the transmitter, you can do some 360 inverted flight with continuous rolls. However, you have learned all the basic flying skills required to keep the drone at a stable height and ensure that you are flying at least 6 feet above the ground so that you don’t crash when you switch to this flying mode.

The UDI U818A transmitter looks like a standard RC quadcopter remote controller. It has an LCD screen that provides information on battery status, altitude, signal strength, flying mode, and video recording. You can use this transmitter to trim the movement of the quadcopter and achieve a more stable flight. It is a four-channel transmitter so you can learn how to fly in all six directions: up, down, left, right, forward, and backward. Two flight modes are available on the remote controller. In the beginning, you can start with the normal mode and then switch over the second high-speed mode to enjoy more fun. Within the specified flight range of 30 meters (about 100 feet), you should be able to fly the drone safely when the wind is very calm. Flying beyond this range is possible but not recommended because, within a few seconds, your U818A could be carried away by the wind and get caught up in a tree.

The UDI U818A has a standard definition camera. Video footage is captured at 640 x 480 in AVI format while still photographs are stored as 550 Kb files at a 1280 x 960 resolution. Capturing great videos or photos with this camera requires a steady flight. So you need to master how to keep the quadcopter flying steadily first to get crisp and clear photographs. Then you will be able to use it to capture an aerial view of a baseball field or an indoor event in a large hall (if permitted).

The fully charged 3.7V 500 mAh lithium polymer battery allows you to enjoy a flight time of about 6 to 9 minutes. Since there’s no extra battery included, it is advisable to buy at least three to five extra batteries to extend your flight session to about half an hour. Charging time for one battery is a little less than one hour. However, it is good to note that the total flight time you will enjoy depends on several factors including, the mode you are using to fly, the type of stunts you do, and the amount of video recording.

The UDI U818A provides you with great value for its price. It is a very durable quadcopter so you will enjoy flying it for a reasonably long time. It also flies with stability indoors and outdoors with very low wind. If you are looking for a good quadcopter to use to learn the basics of flying, this one can serve that purpose well. 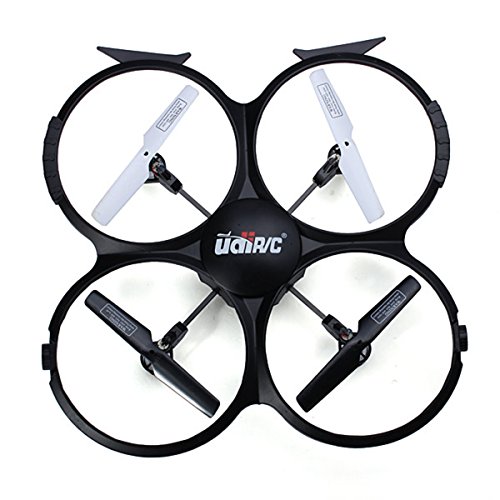 Top 10 Most Expensive Drones You Need to Check!